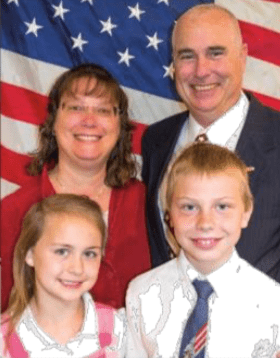 Well, that's that - we're home. What a change of events. We had just returned from getting our passport stamp renewed and the State Department sent out this warning on March 19th: "US citizens should arrange for immediate return to the United States, unless they are prepared to remain abroad for an indefinite period". After phone calls to Pastor Knight and Pastor Humber we made the decision to return home while travel was still an option. It was with heavy hearts we passed along to the church family our new travel plans. Our last service with Faith Baptist Iwakuni was Sunday March 22nd with a message from Mark chapter 4, focused on being in the boat with Jesus - the storm is coming.

Monday March 23rd we headed for the international airport and boarded a flight for San Francisco. It was no small miracle that this flight took off at all, as it was a nearly empty flight and it was only one of two international flights still on for the day. We landed in San Francisco prepared for a 2 to 4 hour immigration experience (as we had been hearing) and to our surprise in less than half an hour we were in the parking lot of the airport (not complaining here). Our daughter and husband delivered our car to us and we drove straight through, arriving home 11:30pm. It was a strange experience greeting our daughter and speaking across the room from them, but such is the situation these days. The last thing we want is to be responsible for introducing a virus to anyone. What a relief to have all the travel worries and stress over with - I slept very well in my own bed...

Home quarantine. Not such a bad thing, being home for two weeks, resting and recuperating, with no interruptions or distractions. The only hardship in home quarantine is restarting all the services that we stopped when we left. Garbage was only a phone call, but to restart the internet requires an entry into the home, so that is on hold until after quarantine. We had also heard about all the shortages in the States, so before we left Debbie went to the thrift store and bought a suit case and filled it with toilet paper to bring home. I made fun of her then, but now I am thankful for her foresight.

We have seen the hand of God working mightily through the ministry of Faith Baptist and the people he has assembled there. The church has moved their services to on-line through Facebook and through the church's web site. Pastor Knight is preparing those messages from the East Coast. God's timing is impeccable, and while it was hard to leave what we felt was an unaccomplished mission, God meant it for good. One day after arriving home we saw that Marine Corps Air Station Iwakuni secured its personnel on base; meaning no military folks can come to church - the church would have been going on-line anyway. Pray for the church and Pastor Knight as they transition to the new format.

God is amazing,
John and Debbie Martin
"The Lord God, merciful and gracious ... and abundant in goodness" Exodus 34:6