“Go ye therefore, and teach all nations, baptizing them in the name of the Father,

GraceWay has a vision to reach the world with the gospel. We prayerfully chose missionaries to support who believe the same, and have a similar desire to impact the world for Christ.

Here is a list of our missionaries with a short bio. Their most recent prayer letter is attached. Some missionaries are hidden for their safety.

Sent by the Cleveland Baptist Church of Cleveland, Ohio

Within a year of accepting Christ, Bob began to feel burdened for those of the world who had not heard the Gospel as he had. After counseling with his parents and pastor, he went forward during a Sunday morning service to announce that the Lord was calling him to be a missionary.

After his junior year in college, Bob took a trip to Togo, W. Africa, which the Lord used to direct Bob to the the Sub-saharan section of West Africa.

While on staff at his home church, God used prayer and conversations to direct Bob to the country of Côte d’Ivoire, W. Africa

Becky surrendered her life to any service the Lord would have for her at a young age. Her surrender was evident in the service she provided to her family’s ministry.

They have been missionaries in West Africa for over 20 years, raising their four children: Bob, Jr., Marylyn, Morganne, and Lucien.

In 1999 Gene Sharp and his family moved to Papua New Guinea to assist Missionary Brad Wells. The project was to last about a year, and the goal was to install that nation’s first Christian radio station. Bible FM signed on the air in the year 2000 and is still preaching the Gospel today!

Since then, God has continued to open doors of opportunity for the Sharp family. Sensing the leading of the Lord, the Sharps began deputation to become “radio planting missionaries” to help others start Christian radio stations on their respective fields of service. Opportunity after opportunity for Christian radio came along, and God’s provision was there every step of the way.

Gene and Bonita have five children serving along side them: Weston, Harmony, Lauren, Wade, and Lacey.

After getting assurance of salvation at age 16, Mike was baptized two weeks later. It wasn’t long before he was called to preach and surrendered to ministry.

He attended Heartland Baptist Bible College and graduated from the Master’s program. For the past 15 years, he and his wife Ashlie have served the Lord in whatever way they could- eight of those years serving as a youth pastor at South Knollwood Baptist Church.

In July of 2018, they took a missions trip to Itapua do Oeste, Brazil. It was on a Monday morning that it became clear that he and his family were to be there in Brazil.

The Schmidt family is scheduled to leave for Brazil in January of 2021. 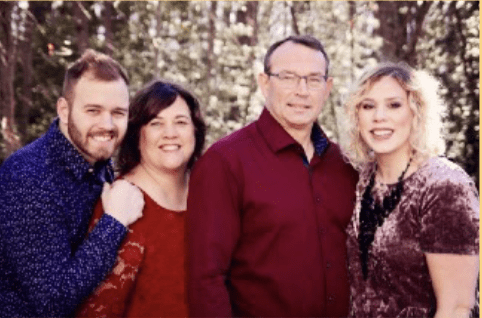 Ed was called to preach in 2003 and God recently led him and his family to start a church in Annapolis, MD.  Annapolis has a population around 38,850 people, with a large military presence due to the Naval Academy. A love for God and our great nation led them to start Freestate Baptist Church.

Freestate Baptist Church held its first service in November of 2014.  They have now started Sunday school classes, every room in their building is being used, and they are working to fill them!

Ed and Mary have been married for 30 years and have been serving in the ministry for over 20 years with their children, Lydia and Samuel.

Caleb Robinson had a heart for ministry even as a young teen. While attending Bible college, he was directed toward foreign missions. God revealed the next step during an internship in Zambia. As of January 2022, the Robinsons are laboring in the northern villages of Lake Tangnykia, Zambia.